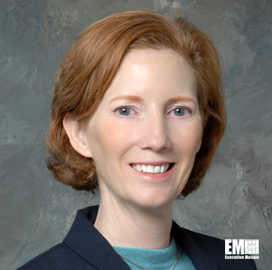 Andrea Yeiser, a 32-year Northrop Grumman (NYSE: NOC) veteran, has been named vice president for engineering, manufacturing and logistics at the company’s land and self protection systems division.

She will oversee EM&L functions across the division and be responsible for direct support to the division’s general manager and vice president, Northrop said Monday.

Previously, Yeiser served as director of space navigation for the intelligence, surveillance, reconnaissance and targeting systems division within the aerospace systems sector.

She has also worked as payload director for the National Polar-Orbiting Operational Environmental Satellite System program.