CAE USA, a subsidiary of the Montreal-based aerospace and defense contractor, won approximately $85 million in contracts from military customers during the second quarter, including up to $50 million in option awards over the next five years.

The contracts include an option for the fourth year of a training services contract the subsidiary holds with the U.S. Air Force on the KC-135 tanker program, CAE said Tuesday.

“Our position on enduring platforms like the KC-135 tanker, and various military transport aircraft and helicopters continues to yield opportunities for CAE in the United States and abroad, particularly as our defence and security customers look to leverage simulation for an increasing portion of their training curriculum, ” said Gene Colabatistto, CAE group president for military products, training and services.

“These contracts with multi-year options enhance our visibility in an otherwise hard to predict defence environment.”

For the quarter, CAE won $140 million total in military contracts, including one award to to upgrade the German air force’s mission simulators for its fleet of Tornado aircraft.

The other contract covers work to design and manufacture a military helicopter simulator for an unnamed customer. 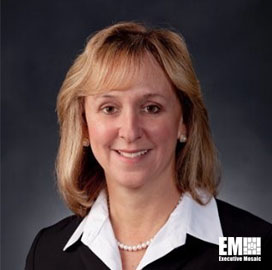 Executive Mosaic’s GovCon Index closed above 80 points Tuesday for the first time in two weeks despite declines in the larger U.S. stock market after Lockheed Martin (NYSE: LMT) posted its best one-day advance in seven years surged on upbeat financial outlooks for this year and 2017 to lead all GCI gainers. GovCon Index laggers and gainers split roughly even but seven