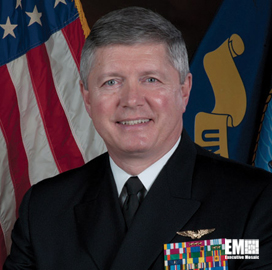 He brings 35 years of military experience to the role and will work to develop strategic programs in his new role, Kratos said Sunday.

As part of a reorganization, Kratos also established an advanced drones and target systems division and named company veteran Wayne Armstrong to lead it, DeMarco said.

Beaman most recently served as commander of the U.S. Third Fleet, managing a team of 58, 000 people who provide homeland defense, civil support and training for various naval programs.