“Helping ensure the region’s security and prosperity is a goal the United States strongly shares, ” Hagel said Sunday, according to

Hagel announced the deal while in Indonesia as part of a four-nation tour in Asia, Pellerin reports. 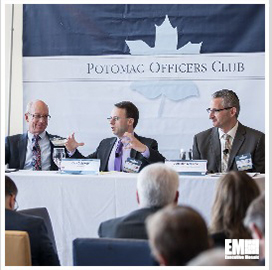 On Thursday, March 28th, GovCon leaders from public and private sectors gathered at the 2941 Restaurant in Falls Church, Va. for the Potomac Officers Club’s 2019 Border Protection Innovations and Technology Forum.   Following a thoughtful keynote address from John Sanders, chief operating officer of U.S. Customs and Border Protection, in which he explained the 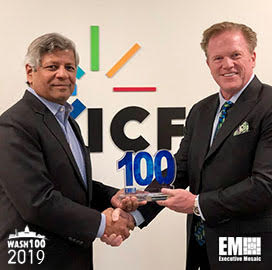 Jim Garrettson, founder and CEO of Executive Mosaic, presented Sudhakar Kesavan, chairman and chief executive officer of ICF, with his second Wash100 Award on Tuesday. Executive Mosaic recognizes Kesavan for leading the company to great financial success and multiple contract awards in 2018. We are honored to present the most coveted award in government contracting
Sponsor