Raytheon (NYSE: RTN) has won a $200, 504, 841 contract modification to produce 541 missiles and related components for the U.S. Navy and Air Force and six other countries under the foreign military sales program.

Purchases from the U.S. Navy and Air Force represent the remaining 53.4 percent of the total modification. 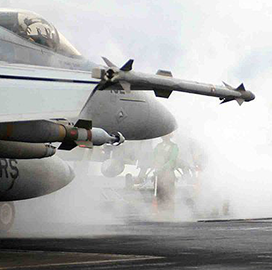 Raytheon (NYSE: RTN) has secured a potential three-year, $151.4M contract to sustain AIM-9X Sidewinder missiles for the U.S. Navy and U.S. Air Force as well as 20 international countries. The company will perform repairs and integrated logistics support for the Block II and II+ versions of the multimission missile system built for air-to-air, surface-to-air or