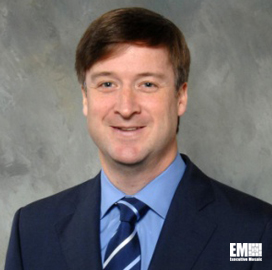 Robert Mullins, a veteran of Northrop Grumman (NYSE: NOC) and ATK (NYSE: ATK), has been appointed executive vice president for corporate strategy and mergers and acquisitions at Cobham plc.

He will report directly to CEO Bob Murphy from the British contractor’s U.S. headquarters in Arlington, Va., Cobham said Tuesday.

Mullins most recently served as SVP of corporate strategy at ATK, where he oversaw M&A projects and the company’s annual planning process.

Mullins worked at Northrop between 2002 and 2010 and most recently served asVP of operations, strategy and development for ISR systems (intelligence, surveillance and reconnaissance).

He holds a degree in government from Franklin & Marshall College, a masters in public and international affairs from the University of Pittsburgh and a Ph.D. in war studies from King’s College London.