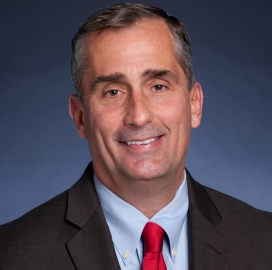 Brian Krzanich, a 31-year veteran of Intel (NASDAQ: INTC) and current chief operating officer, has been elected to succeed the retiring Paul Otellini as CEO on May 16.

Krzanich was a unanimous choice by the board of directors and becomes the sixth chief executive in the company’s history, Intel said Thursday.

The board also elected Renee James,  executive vice president and general manager of the software and services group to serve as president.

Her appointment is also effective May 16, the date of Intel’s annual stockholders meeting.

He was also responsible for the company’s China strategy.

“I look forward to partnering with Renee as we begin a new chapter in Intel’s history, ” Krzanich said.

He added James brings experience in leading product research and development to her new role.

She currently serves on the board of directors of Vodafone Group Plc and VMware.