Strongbridge Corp. has had an active first quarter to the 2013 year, as it expanded work with a key customer in the Department of Housing and Urban Development and continued to secure public-facing communications, help desk and outreach contracts. Here is a recap of some of their activity, updated to include some related activity from April.

The firm signed a supplemental agreement on Jan. 15 to provide professional support work to the Defense Department within a previously defined scope of activity.

The company will perform the communications and outreach support work on the firm-fixed-price contract in Washington.

April 30 Update: Since this story first ran, Strongbridge won additional communications and outreach support work with NASA and effective May 1, will be handling “highly visible” communications for the agency in an effort to improve public outreach.

That award extended initial work that began in Sept. 2012 and through March 18 of this year, at which time the Department extended the work’s performance period through September 9 with an additional purchase order.

HUD exercised a contract option effective March 1 for Strongbridge to provide operations and maintenance support for the department’s geolocation center.

That work falls underneath a general classification of custom computer programming services and is also being performed in Washington.

HUD also exercised an option effective April 1 for Strongbridge to support systems development efforts through July of this year, adding close to a quarter-of-a-million dollars in funding to that effort, and on April 10, exercised another option through an approval recertification review tracking system 8(a) award.

The Patent and Trademark Office of the Commerce Department struck its own supplemental agreement with Strongbridge on March 29 that obligated close to $600, 000 for the firm to support file repository maintenance. 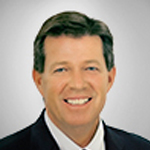