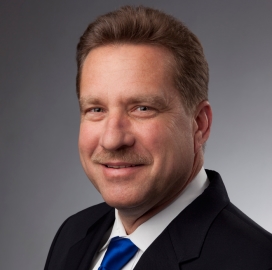 Sorelle’s promotion is one in a series of moves at the McLean, Va.-based contractor as Joe Rambala succeeds Sorelle in his former role.

Rambala leads a business that produces electronic warfare systems for tactical, strategic and rotary-wing aircraft and will be responsible for growing the business in the U.S. and in allied countries.

Prior to this appointment, he led the domestic and international ALQ-211 electronic warfare program and oversaw new product development, production delivery, technology maturation and system sustainment.

He has also held program management, business development and engineering positions at Exelis since joining the company in 2004 and previously worked at defense companies such as Honeywell, Allied Signal and Bendix Aviation.

Exelis also appointed Dave Prater as VP and GM for the radar, reconnaissance and undersea systems business and Mark Adams as VP and GM of specialty applications.

Prater leads a business that provides radar, reconnaissance, acoustic and mine defense products to domestic and international customers for airborne, surface and subsurface platforms.

He joined Exelis in 2008 as VP of networked communications and previously served as a U.S. Navy fighter pilot and test pilot over the course of his 25-year military career.Adams oversees a business that develops electronic products and systems for self-protection, data protection, enhanced communications and situational awareness for customers in the government and commercial sectors.He joined the company in 2000 upon ITT Corp.’s (NYSE: ITT) acquisition of NexGen communications and has since led commercial wireless, information assurance and microelectronic portions of the electronic systems business.