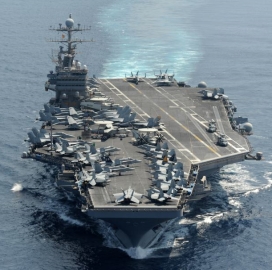 Lincoln was originally scheduled to arrive at the shipyard Feb. 14 but was delayed because uncertainties surrounding the defense budget and funding of the project, the company said.

President Barack Obama signed legislation Tuesday that allowed the Navy and Huntington Ingalls to move the Lincoln to the shipyard, according to the company.

The carrier will be the fifth Nimitz-class ship to undergo RCOH work, which the company expects to finish in November 2016.

More than 3, 800 employees will work on the carrier during the project’s peak periods.

Chris Miner, a vice president of in-service aircraft carrier programs, said the company is aiming to extend Lincoln’s service for another 25 years.

“Now that the ship is in dry dock the shipbuilder-Navy team is eager to finish what we’ve started here at Newport News Shipbuilding, ” Miner added.

The company says it will update 2, 300 compartments, 600 tanks, hundreds of systems, the flight deck, catapults, combat systems and the ship’s island. 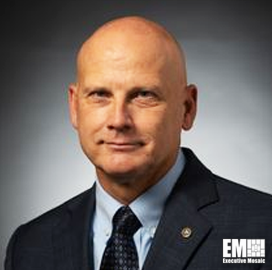 The U.S. Navy has awarded Huntington Ingalls Industries (NYSE: HII) a potential $2.8 billion contract to perform refueling and complex overhaul work on the nuclear-powered aircraft carrier USS George Washington. The Defense Department said Friday the military service will obligate $1.51 billion at the time of award from the branch’s fiscal 2017 and 2016 shipbuilding