Iridium Communications Inc. (Nasdaq: IRDM) has finalized an agreement with NAV CANADA regarding their global air traffic joint venture, Aireon LLC, according to an Iridium statement.

“I am excited about the opportunities (Aireon) will present for Iridium, NAV CANADA and other air navigation service providers who may choose to collaborate with us, ” said Iridium CEO Matt Desch.

The agreement calls for NAV CANADA to invest a total of up to $150 million, to be made in five installments and subject to the satisfaction of various operational, commercial, regulatory and financial conditions.

NAV CANADA made a $15 million payment for the first installment, representing 5.1 percent of Aireon’s fully diluted equity, on Nov. 19. The last tranche is scheduled late in 2017. 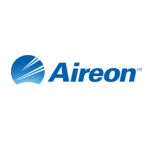 Aireon is expected to generate approximately $200 million in one-time hosting fees for the integration and launch of the payloads between 2014 and 2017.

“NAV CANADA is ideally suited to be a partner in Aireon because of the important role they play in providing air navigation services to some of the busiest oceanic airspace in the world, ” said Don Thoma,  Aireon president and CEO.