CenturyLink said Von Deylen, who joined Savvis in 2003 as chief financial officer and board member, will succeed Bill Fathers, who is leaving the company in March 2013 after a transition period.

Ousley began leading the emerging markets group in April as part of a consolidation initiative (click here for more on that reorganization).

During Von Deylen’s six years as CFO, Savvis said it grew as a result of acquisitions, raising funds and expanding its data center and network footprint. 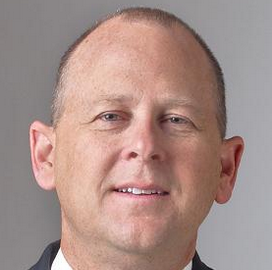 Jim Ousley will be retire CEO of CenturyLink‘s Savvis subsidiary on April 1 and Jeff Von Deylen will assume Ousley’s role as senior leader of CenturyLink’s data hosting segment, comprising primarily of Savvis operations. Von Deylen, who joined Savvis in 2003 as chief financial officer and board member, will report to CEO Glen Post and
Executive Moves

CenturyLink (NYSE: CTL) has promoted Jeff Von Deylen, current senior vice president of global operations and client services for its Savvis subsidiary, to lead the subsidiary as president, effective Wednesday. CenturyLink said Von Deylen, who joined Savvis in 2003 as chief financial officer and board member, will succeed Bill Fathers, who is leaving the company
M&A Activity

CenturyLink Inc. (NYSE: CTL) will consolidate its government and business customer segments into two organizations as it realigns its operating structure, the company announced Thursday. As of April 1, a new enterprise markets group led by group president Jim Ousley will serve the company’s federal government customers and customers of its cloud computing business Savvis, which