The three-decade veteran joins the unit as it is expanding its offerings to both government and commercial enterprises for combating industrial espionage, continuity of mission operations and responding to digital forensics investigations.

He will also apply his military and interagency leadership experience to help the unit protect commercial infrastructure of the U.S. and its allies, the company said.

Charles Beard, SVP, chief information officer and general manager of the cybersecurity unit, said in a release Lacquement’s background and leadership experience will help the unit carry out its strategy and help protect systems from cyber attacks.

In his most recent military leadership post, Lacquement served as director of operations at U.S. Cyber Command, where the company says he helped carry out its operational establishment.

In August, the company announced Lee Carrick would lead program development for its ISR group (intelligence, surveillance and reconnaissance) and implement growth strategies. 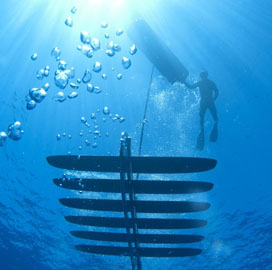 Boeing (NYSE: BA) has agreed to purchase Sunnyvale, Calif.-based autonomous maritime vehicle manufacturer Liquid Robotics for an undisclosed sum in the airplane maker’s strategy to create new information services functions between the ocean and space. Boeing said Tuesday its acquisition of the company behind the Wave Glider ocean surface robot also aims to continue a partnership between both companies that started