General Dynamics Broadband, a subsidiary of the C4 Systems business unit, will absorb Open Kernel, which produces software already operating on more than 1.6 billion government and commercial devices, according to the announcement.

“Government and corporate CIOs want the advantages of today’s commercial mobile devices without having to sacrifice the integrity and security of their networks, ” said Chris Marzilli, president of General Dynamics C4 Systems, in a release.

General Dynamics first formed its Broadband subsidiary when it acquired IPWireless in June. 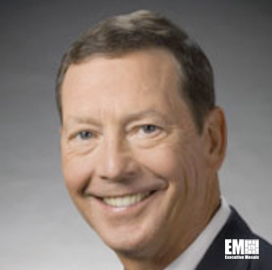 Dan Johnson, president of General Dynamics‘ (GD) information technology business unit, has been appointed executive vice president of the company’s group that currently comprises the IT, advanced information systems and C4 systems units. General Dynamics said Wednesday the appointment takes effect Jan. 1, 2015 and that Johnson will hold the dual roles of IT unit president and EVP

General Dynamics (NYSE: GD) will combine its advanced information systems and C4 systems business units into a single organization that will adopt the name General Dynamics Mission Systems. The company said Monday that the consolidation will take effect in January 2015 and Chris Marzilli, current president of the C4 systems unit, will lead the combined