Science Applications International Corp. has won up to a $105 million modification on a Defense Logistics Agency

The modification will allow SAIC to provide maintenance, repair and operations for the Northwest Region.

The Defense Department said the acquired services will also be used by the Army, Navy, Air Force, Marine Corps and other federal civilian agencies.

Work under the firm- fixed-price contract is expected to finish by Aug. 17, 2013.

The government received five responses to the contract that was solicited via the FedBizOpps website.

The contract was funded through the F.Y. 2012 and F.Y. 2013 Defense Working Capital Funds and the DLATroop Support in Philadelphia, Pa., is the contracting activity. 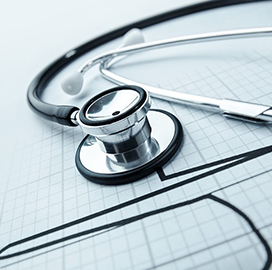 The University of Massachusetts Medical School has received a potential five-year, $198.2M contract with the Federal Bureau of Prisons to provide comprehensive medical services at a federal correctional complex located in North Carolina. BOP announced the single award with one base year and four option years through a FedBizOpps posted Tuesday. UMass Medical School will