Work under the requirements contract will occur in Warner Robins, Ga. through July 26, 2017 and Robins Air Force Base is the contracting activity.

Earlier this month, the Air Force announced it was planning to award Northrop an estimated $782.52 million contract modification for continued operation of communications payloads.

The total contract value to operate communications payloads in both manned and unmanned aircraft would go from nearly $874.38 million to $1.66 billion. 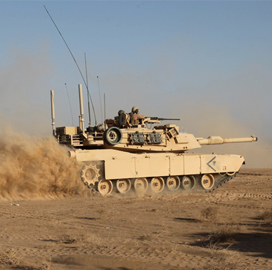