The boards of directors at GeoEye (NASDAQ: GEOY) and DigitalGlobe (NYSE: DGI) have approved a merger, which will be a combined stock and cash transaction worth approximately $900 million.

The companies said Monday they expect to complete the transaction in either the fourth quarter of 2012 or the first quarter of 2013.

A combined company would have lower dependence on the U.S. government as a source of revenue and have a higher percentage of commercial and international revenue, the companies said.

The companies estimate having a pro forma 2012 base revenue of more than $600 million, after adjusting for cuts to the EnhancedView program for fiscal year 2013.

“We are excited to be joining forces with DigitalGlobe as we believe this transaction represents the best path forward for our shareowners, our customers, and ultimately, the taxpayer, ” GeoEye CEO Matt O’Connell said in a release.

DigitalGlobe previously turned down a $792 million takeover offer from GeoEye, saying at the time it rejected previous buyout offers from GeoEye and offered to acquire GeoEye in March and April.

DigitalGlobe President and CEO Jeffrey R. Tarr will serve in the same capacities at the Colorado-based combined company, which will operate under the DigitalGlobe name.

Retired Air Force Gen. Howell Estes, chairman of DigitalGlobe’s board of directors, will serve as chairman of a 10-member board and O’Connell will serve in an advisory capacity upon closure.

GeoEye’s largest shareowner, Cerberus Capital Management and its chairman and CEO each have agreed to vote in favor of the merger.

DigitalGlobe’s largest shareowner, Morgan Stanley Principal Investments and its chairman and CEO each have agreed to vote in favor of DigitalGlobe’s common stock distribution.

The combined company will have more than $3 billion in contracting backlog and half of pro forma revenue from non-U.S. government business, the companies said.

At close, the companies expect to have a five-satellite constellation and have two earth observation satellites under construction, the WorldView-3 and GeoEye-2. 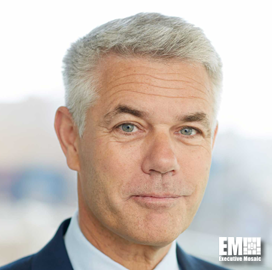 Sweden-based digital platforms provider Hexagon has agreed to buy Arlington, Va.-based software firm Thermopylae Sciences and Technology for an undisclosed sum to build up a portfolio of 5D visualization systems for U.S. defense and government clients. Hexagon said Monday it will operate Thermopylae as part of its geospatial division upon completion of the acquisition, which is

TYSONS CORNER, VA, September 20, 2018 — A Perspecta (NYSE: PRSP) subsidiary has secured a position under a potential $48M Centers for Disease Control and Prevention contract for geospatial research, analysis and services, ExecutiveBiz reported Wednesday. CDC said in a FedBizOpps notice posted Tuesday that the Enterprise Services team’s share in the indefinite-delivery/indefinite-quantity contract is worth $40M, with 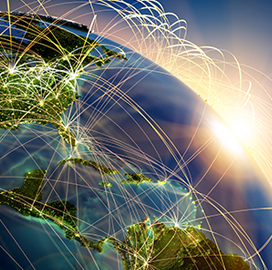