ManTech International Corp. (NASDAQ: MANT) announced Tuesday it won a position on the indefinite-delivery/indefinite-quantity contract, one day after TASC announced its spot.

Bill Varner, ManTech’s mission,  cyber and technology solutions group president and chief operating officer said the company has a “strong team in place and look forward to upcoming task orders for this vehicle.”

According to Washington Technology, the awardees also include:

Companies will compete for task orders under the contract, which has one base year and four one-year options. Tasks include support services for:

The Defense Information Systems Agency is the contracting authority. 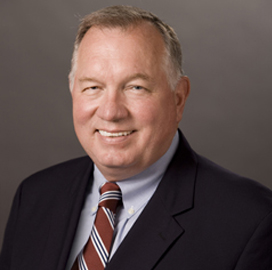 C.E. Andrews will succeed Robert Morgan as CEO of MorganFranklin Consulting,  effective May 13. Morgan helped found the company in 1998 and will stay active, along with co-founders Ron Morgan and Rob Franklin, in a directorial and advisory role, the company said Tuesday. Andrews most recently served as chief operating officer at RSM McGladrey Inc.
Contract Awards