The company’s defense, space and security unit earned $865 million on $8.471 billion in quarterly revenue, 6 and 4 percent increases over results from the fourth quarter of 2010, respectively.

Military aircraft earnings increased 19 percent over the prior year period to $347 million as those revenues grew 9 percent to $3.95 billion over the period.

The company said it invested more in network and space systems research and development in the quarter and N&SS won work with the U.S. Missile Defense Agency to help develop and sustain ground-based midcourse defense. 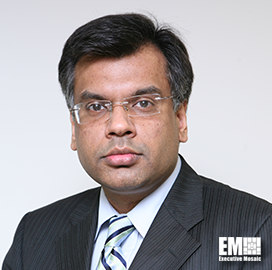 Vivek Lall, a more than two-decade aerospace industry veteran, has joined Lockheed Martin (NYSE: LMT) as vice president for strategy and business development, Press Trust of India reported Wednesday. Lall previously was chief executive of U.S. and international strategic development at  General Atomics for three years. Before that, he was the president and CEO of India-based petroleum
Contract Awards