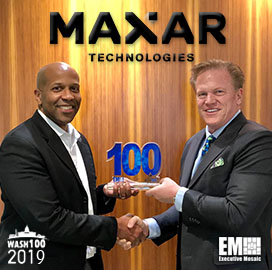 Jim Garrettson, founder and CEO of Executive Mosaic, presented Tony Frazier, president of Radiant Solutions, with his fourth Wash100 Award on Tuesday. Executive Mosaic recognizes Frazier for leading the company’s efforts to support government missions with emerging technology. We are honored to present the most coveted award in government contracting to Tony Frazier of Radiant 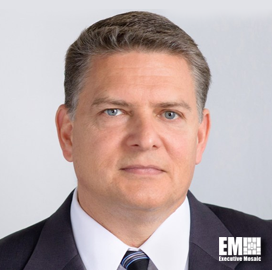 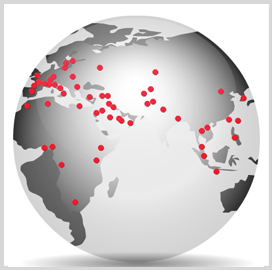 October 10 – October 14, 2016 Click here to see Real-Time GovCon Sector Quotes A Note From Our President & Founder Jim Garrettson We have yet another player in the GovCon M&A scene in the form of the company whose satellites help governments and businesses around the world map every piece of planet Earth down to the finest
Sponsor