The order is the second increment on the U.S. Air Force’s Sniper ATP Lot 9 contract, originally awarded in September 2009, upping the total value of the Lot 9 buy to $95 million.

The Sniper ATP plays a major role in Air Force operations in theater, providing top cover for ground forces, as well as increasing the safety of civilian populations.  The product is able to deliver the highest resolution imagery for precision targeting and non-traditional intelligence, surveillance and reconnaissance. 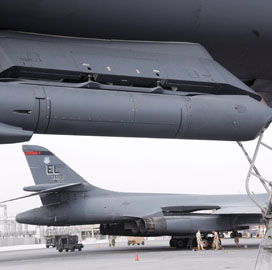 Lockheed Martin has completed Phase 2 of testing for the Sniper Advanced Targeting Pod (ATP) B-52 integration program. The Sniper pod is designed to provide B-52 aircrews with positive target identification and video downlink to forward-deployed forces for surveillance, reconnaissance and intelligence gathering. In latest tastes, the Sniper was proved capable of operating on the