The US Army Aviation and Missile Command has awarded a contract modification to Raytheon for the Patriot Air and Missile Defense System. The original contract, worth $128 million and awarded in January 2009, has been modified eight times.

Under the contract, Raytheon is responsible for providing logistic and testing support, systems analysis and software and hardware engineering. Raytheon is a premier provider of services for the Patriot Air and Missile Defense Systems. Sanjay Kapoor, VP for Patriot Programs at Raytheon, said “This contract modification signifies the continued commitment by the U.S. government to ensure that Patriot systems are at the highest level of readiness. Raytheon is continually improving Patriot to deliver the most advanced capabilities to the U.S. Army and our 11 international partners.” 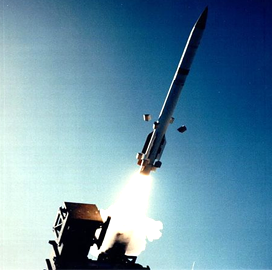 Lockheed MartinÂ (NYSE: LMT) has received a three-year, $523.8 million contract modification for the supply of updatedÂ Patriot missiles to the U.S. Army as well as Qatar, Saudi Arabia and Romania. The company will provideÂ Patriot Advanced Capability-3Â enhancement and cost reduction initiative missiles along with complementary support equipment through the modified domestic and foreign military sales contract, theÂ Defense