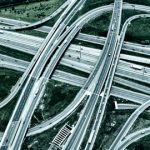 Jacobs Engineering Group (NYSE: JEC) has concluded its approximately $3.27 billion purchase of CH2M through a cash-and-stock transaction in a move to establish a $15 billion combined firm that will provide infrastructure and professional services to government and commercial clients.

Jacobs said Monday it plans to streamline its operating model through three global business lines by the second quarter of fiscal 2018 as a result of the transaction originally announced in August.

Executives at Jacobs will lead the three business lines that include aerospace, technology, environmental and nuclear; energy, chemicals and resources; and buildings, infrastructure and advanced facilities.

Barry Williams, former board member at Englewood, Colorado-based CH2M, will join Jacobs’ board of directors following the completion of the acquisition.

Steve Demetriou, Jacobs chairman and CEO, said the combined firm will prioritize talent retention and recruitment efforts as part of its growth strategy.

Jacobs said it expects the transaction to expand its global footprint in water, transportation, nuclear and environmental sectors as well as broaden its petroleum, chemical and resources offerings.

The Dallas, Texas-based professional services firm also expects to generate $150 million in annual savings by the end of the second year of the deal’s closure and derive combined revenues of approximately 85 percent from reimbursable and lower-risk contracts.

Jacobs also reaffirmed its fiscal 2018 financial outlook of $3.55 to $3.95 in adjusted earnings per share, excluding integration and transaction costs.