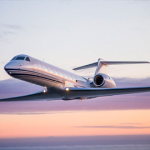 The State Department has approved Australia’s request to buy up to five units of modified Gulfstream G550 aircraft from the U.S. under a potential $1.3 billion foreign military sales agreement.

DSCA added the agreement also calls for the deployment of up to six U.S. contractor representatives to Australia.