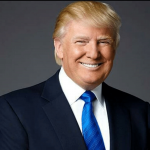 President Donald Trump signed an executive order designed to strengthen the cybersecurity of the federal government that will require National Institute of Standards and Technology (NIST) to provide a cyber-security process framework that all federal agencies comply with.

The White House-released document entitled: “Presidential Executive Order on Strengthening the Cybersecurity of Federal Networks and Critical Infrastructure” imposes a 90-day process for the implementation of a cybersecurity framework on all Federal agencies. National Institute of Standards and Technology (NIST), a non-regulatory body charged with developing cybersecurity standards for the federal government, is charged with the development of the framework the agencies must follow.

Within those 90 days, every federal agency is charged with meeting a number of goals: presenting a plan for how they will implement the NIST framework, a  budgetary and operational report, and historical records of all “risk mitigation and acceptance choices made by each agency head,” reports Gizmodo.
“Those reports will be collected by the secretary of homeland security, retired Marine Corps Gen. John Kelly, as well as the Office of Management and Budget (OMB), and used to generate an overall assessment of the government’s cybersecurity strengths and weaknesses. The federal government is also charged with assessing the ‘authorities and capabilities’ that agencies can employ to support the defense of critical infrastructures,” Gizmodo reported.

Trump’s executive order also says that risk management will be handled by the government as an “executive branch enterprise” because it has “for too long accepted antiquated and difficult-to-defend IT.”

During the phone call with reporters announcing the order Thursday, Homeland security adviser Tom Bossert explained that Trump’s order fulfills his pledge to “keep America safe, including in cyberspace” and added that “I think the trend is going in the wrong direction on cyberspace.” He specifically mentioned the threat from China, the country believed to be behind a massive cyber data theft from the Office of Personnel Management   that compromised the sensitive personal information of roughly 21.5 million people.

The order had been expected for months, but was delayed. It follows months of hacking accusations: the U.S. intelligence community accused Russia of orchestrating a campaign of cyberattacks; and Democratic political organizations and high profile officials in Hillary Clinton’s campaign suffered embarrassing revelations on WikiLeaks.

Science Applications International Corp. (NYSE: SAIC) has been awarded a potential $40M blanket purchase agreement for operational test and evaluation services to the Transportation Security Administration, according to an award notice posted Thursday.

The U.S. Air Force has indicated its intent to solicit design proposals from Boeing (NYSE: BA), Lockheed Martin (NYSE: LMT) and Raytheon Technologies (NYSE: RTX) for a hypersonic cruise missile technology that can be launched from a fighter or a bomber aircraft.