The board of directors at Computer Sciences Corp. (NYSE: CSC) has approved a plan to divide the Falls Church, Va.-based technology and services contractor into two separate publicly-traded companies: one solely focused on the U.S. public sector, with another for commercial enterprises and non-U.S. government agencies.

CSC said Tuesday it expects to complete the separation by October 2015 and added it is in the process of finalizing decisions on leadership, location and other items for both future companies.

Mike Lawrie, CSC CEO, told investors in a call held after the announcement he will hold the chief executive title for the commercial company and serve as executive chairman for the public sector firm.

The company reported $4.1 billion in fiscal year 2015 revenue for its U.S. public sector business in the announcement of the separation plan and the unit also has 14, 000 employees.

News of the plan surfaces less than two years after the division of Science Applications International Corp. into the companies now known as Leidos (NYSE: LDOS) and SAIC (NYSE: SAIC).

“That turnaround has progressed strongly, and our focus now turns to positioning the business for long-term growth and leadership. The best way to accelerate that transformation is by separating the company into two businesses, each uniquely positioned to lead its market by focusing strongly on the needs of its clients.”

CSC intends to carry out the division as a tax-free transaction for shareholders, who will own shares in both companies when CSC separates.

Completion of the separation is not subject to a shareholder vote and is dependent on a final vote by CSC’s board, opinion from counsel on the nature of the transaction and a Form 10 filing with the Securities and Exchange Commission. 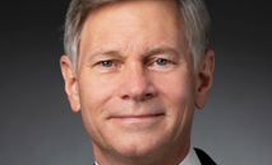