Lockheed Martin is warning that the fast-tracking of plans to develop commercial passenger transport systems for the International Space Station (ISS) costly and unsafe.

John Stevens, director of business development for human spaceflight at Lockheed Martin Space Systems, said “we’re having a hard time affording the Orion program, which is designed to take humans to the station and the Moon, and now they’re talking about starting a commercial program to take humans. We’re saying ‘hang on’ – we’ve already got one. If we can’t afford one program, how can we afford two?”  He adds, “We know how difficult it is to transport to the station and we don’t want people to cut corners, and downstream having NASA pay the penalty of the time and cost of doing this.”

The warning comes as the the prospects for the Ares I and Orion spaceflight programs await the results of the Review of U.S. Human Space Flight Plans Committee, headed by ex-Lockheed CEO Norm Augustine. 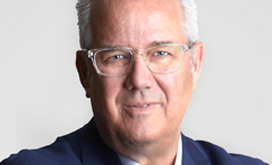 Alion Science and Technology has secured a potential five-year, $896M task order to provide the U.S. Navy with an integrated program that will deliver a multidomain live, virtual and constructive training platform across the service’s multiple locations.